Last week we talked about getting to know the group dynamic of the people you play with and finding out how to make even a group with diverse desires from the game happy. This week we start a series of looking at the individual player types you’re likely to encounter at the table or online and how you can best handle them in your games. While these aren’t going to be 100% true for every player, you will definitely see most players fall into one or more of these categories. The first type of player we’ll be looking at is the Power Gamer. The Power Gamer itself can actually be split into a couple different sub-categories depending on their outlook on the game: The Optimizer and The Munchkin.

In general, the Power Gamer is someone that wants to be the very best. Like no one ever was. It’s not just about playing the game as much as it is being good at the game and, more often than not, being better than the other people playing it as well. They are willing to play a class or a build of a character that they don’t even really like just so that they can be more powerful than they were. If you’ve played an MMO with anyone that is constantly changing their main to whatever the current theoretical best tank/DPS/healer is, then you’ve played with a Power Gamer. While there isn’t anything wrong with wanting to be good at what you’re investing your time in, it can be a little annoying to those around you especially in the way in which you go about trying to get your power.

The Optimizer tries to get his power by finding the most efficient and mathematically sound path. This is the type of person that sees character creation in an RPG as more of a puzzle to be solved than anything else. The Optimizer will generally have their progression planned out from 1 to max level in terms of what skills will they have, what powers do they take, what specific items do they need at what specific times and so on. This type of Power Gamer might not even be doing it because he wants to actually be better than the people he is playing with but more that he wants to show what he made off. As the name would suggest, this type of player is one that would frequently visit and contribute to character optimization boards online and loves talking about theoretical ways in which to break the game. The Optimizer is the type of person that sits down and drafts up an entire max level character just for fun. 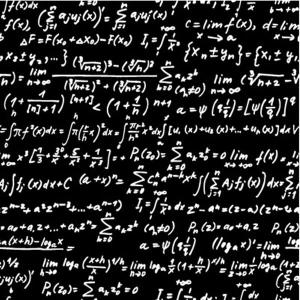 So as you can clearly see, my Rogue *needs* that dagger more than you do

Having an Optimizer in your group can be both a blessing and a curse. On the one hand, they are almost certain to have the highest level of system mastery of any other people you play with. They can be very helpful in making sure that other players in your gaming group or guild don’t end up unwittingly making some less-than-obvious mistakes that might make it so that they don’t enjoy playing later on once that becomes impactful. However, they are also entirely capable of becoming quite unhappy if things end up not going as they have planned. If that “best in slot” item from the boss never seems to drop or the magic longsword you dropped isn’t “keen” then it can make the player end up being angry or sullen. It’s important not to let this impact your group dynamic by letting that player get what they want just to avoid their breakdowns since that can lead to people calling favoritism or just being resentful of them.

The Munchkin is also trying make their character as powerful as they can get but they aren’t as interested in the process as they are the end result. An Optimizer might end up with a character that completely breaks your game but he probably feels just as bad as you and now that he knows the experiment worked, he can make something else. The Munchkin on the other hand is setting out to make that game breaking character. He wants to be the most powerful for the sake of being the most powerful. He views the game as something to win at and the best way to win is to be incapable of losing. They will also end up frequenting character optimization boards but they will mostly be there to find new ways to make a character with an unbeatable gimmick rather than discuss the game mechanics and how they interact.

Dealing with a  Munchkin in your group can be one of the hardest things to do. By their very nature, they don’t want to see the other players become as good as they are. This isn’t even restricted to just combat, either. You can be a social Munchkin in a game and have the need to be unbeatable in a courtly setting. Whatever the focus might be, though, they want to be undisputed which can very easily lead to confrontations with other players either directly or just passive-aggressively. Your best bet if you know you have a Munchkin in your group and you are committed to gaming with them, is to try to find out what it is they are going for in a character (unkillable, insane damage, irresistible charm, etc) and try to have some places where they can shine. It doesn’t need to be constantly or take over the game, but if they can leave the table thinking they succeeded at what they set out to do, they will generally be happy. Munchkins aren’t also by necessity awful. Especially in non-table top settings, that drive to be the best can inspire others in your group to try harder and can give you the edge you need to win at certain content.

The important thing to remember is that everyone finds their fun in their own way. The Power Gamer is probably going to be one of the most ubiquitous of the types that I will be going over but that’s generally because people like to win. Even in something like a pen and paper RPG where you can’t really “win” per se, people still have a concept of how if they can just do X or Y without any chance of failure, then they have won. I can’t blame anyone for that as well. Setting out to accomplish something and then doing so is a great feeling and in a game, we can find we have much more control over that than in our real lives. The key is to not let it take over to the point where our enjoyment can only come at the cost of someone else’s. We are all here to have fun and they are just as entitled to pursue it in their way as you are yours.