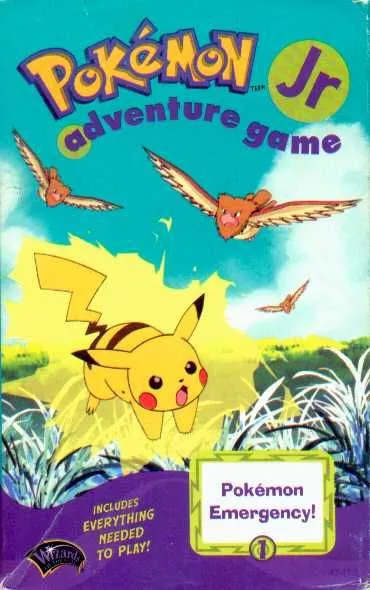 Desperately trying to hit a book deadline, we found ourselves in need of something fairly small, so we finally broke the tiny sheet of glass in front of the smaller RPG we have, the Pokemon Jr. Adventure Game: Pokemon Emergency.  60 pages long and smaller than a checkbook, this is a tiny little thing.  But it has a rich history, and there’s a lot to talk about, so as always, we found a way.