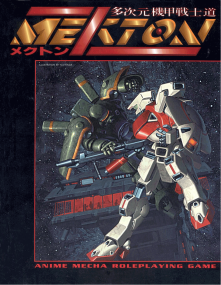 Longtime friend of the show and fan-favorite guest Claire comes by to discuss Mekton Zeta with Jon, who knows nothing whatsoever about your precious animes.  This episode sadly concludes Jef’s paternity leave, so we’re afraid he’ll be back next time.