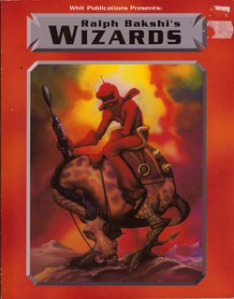 Someone must have really liked our review of the movie, because the demand for this was pretty high.  Today we present Wizards: the RPG.  The game that finally tells us the name of the movie’s famous horseballs (which we reject because they are called horseballs).