I had put off watching this movie for so long. I put it on the list for this week, though, because it fit the theme and, as a horror movie enthusiast, I felt I should probably give it a chance since it is so well known. Well, at least now I know even if I kind of wish I didn’t. For those that don’t know, this movie is about a crazy German surgeon that was renowned for his work on separating Siamese twins and is now obsessed with joining things together instead. He creates a “human centipede” by connecting three people together, ass-to-mouth. It is even less pleasant to watch than that description would have you believe.

I’m not even sure where to start with this as it is pretty much awful in the most well produced way. Like a high definition, glossy photo of roadkill. I guess let’s start slow and then get increasingly upset. So the movie actually takes place in Germany and is originally focused on two American girls doing a European trip. The movie engages in the standard horror idea that going anywhere is bad. Whether it is this or Hostel saying that European’s want to kill you or something like The Hills Have Eyes or Wrong Turn saying that anyone not in a city is an inbred killer; horror movies want you to know that anything outside your norm is dangerous and you should probably stay at home and read a book. In addition to the two girls, there is also a Japanese guy that is part of the experiment which goes to show that it’s not just Americans.  Anyone that goes somewhere that isn’t their home is in stranger danger.

Now, people like to throw around the term “torture porn” when talking about a certain type of movie. Usually ones that heavily feature the bloody, gruesome death of the various good looking people that are in it. This movie, however, takes that to another level. The Human Centipede doesn’t just have someone get dismembered or killed in some terrible way. It lingers over-long on the pain and suffering of those involved. It extends the horrors of the torture to not just be a scene but a long and continuous part of the film. It takes joy in dehumanizing the victims almost as much as the doctor that did it to them in the first place. I’ve seen my fair share of horror movies and I’m not squeamish. The disturbing aspect of this isn’t even so much the actions taken as it is the focus and attention to detail paid to them.

The last and largest thing that bothers me about this movie is the overall treatment of women. This movie pretty much hates the girls in this and does everything it can to make them suffer and turn them into objects. After their car gets a flat and they are caught in the rain, they look for help and end up getting Rohypnoled by the doctor (which is already a sign given that he is using the “date rape drug” on them). Even when one of them manages to get loose at first and tries to get away, the doctor just calmly follows and deals with her. I mentioned the Japanese man that ends up being in the experiment and he doesn’t speak anything except Japanese. There is a scene where he explains what he is going to do and does so in English, basically just to terrify the girls. It should also be noted that the man is straining against the bonds and screaming at the doctor where the girls are just crying and passive.

The worst part of this, though, comes after the experiment. The girls are the middle and tail end of the human centipede. The man is in front and basically put in charge. The girls are also topless for the last half/two-thirds of the movie once this happens. This has so many different effects. One is that for the entirety of the film after the surgery, the women are robbed of their voice and their agency. They cannot speak and can only act when guided by a man. Another is that only the man gets real food as the other two are forced to feed off of excrement. The first time this happens, the doctor even yells at the girl “Swallow it, bitch” which brings to mind actual porn and the degradation of women in much of that. I could go on but just rest assured the movie is about as woman hating as you can get and there is no revenge for the girls.

This movie was written and directed by Tom Six. I would make a joke about Toms One through Five but I can’t stop hating him long enough for that. Right as the movie ended and the “Written and Directed by” credit popped up, I immediately wrote in my journal “Fuck you, Tom Six.” I give this movie a 1 out of 5 and highly advise against watching it. It’s not controversial because it’s edgy.  It’s just bad. 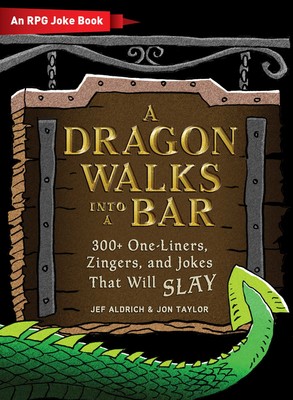